Jim Bob Ward :: Machine driven Big-Data is disrupting Life Sciences… but the NextGen AI and 5G will transform our lives 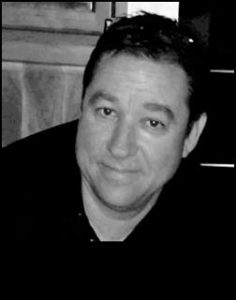 As the Life Science’s pharmaceutical, biotech and medical device companies struggle to maintain centralized control under today’s surge of machine generated data, a next 5G wave of Big Data is already driving AI processes that will transform our lives. The challenge is how to empower people and teams with the next generation of Vertical SaaS platforms and Business Intelligence necessary to deliver informed decision-making that scales with the enterprise.

Jim Bob Ward is the CEO and a Director of Datatrak International Inc. (OTCM:DTRK) with offices in College Station, ImageTX and Cleveland, OH. Mr. Ward has held this position after conducting a public-company takeover in 2016. Prior to that, he was Executive VP of Market Strategy and Research and Development for Datatrak from 2006 to 2008. From 2000 to 2006, he was founding CEO and President of ClickFind Inc., developer of a global SaaS platform used across vertical communities and in over a hundred clinical trials before being acquired by Datatrak in 2006. He was founding CEO and President of Real Time Internet Services Inc. from 1994 to 2000, an Internet pioneer developing the first cloud-based CGI development platform in 1994. In 1997, Mr. Ward was an original founder of Managed Network Solutions which is now part of Fiber Town. Prior to that, he worked at Texas A&M University as the Assistant Director of a market research center conducting market policy consulting and econometric and statistical analysis across the US, Latin America and Europe. He actively involved in public speaking on the future of IoT, big data analytics and SaaS platforms across the US, EU and APAC. Mr. Ward has a Bachelor of Science Degree in Agricultural Business with a minor in Business Administration from Sul Ross State University and a Master of Science Degree in Agricultural Economics from New Mexico State University.